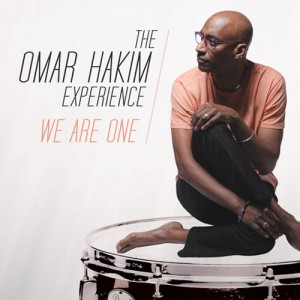 This CD is a musical exploration of age old spiritual truths… and a musical commentary on Life on the earth plane. “The idea being… to speak about the spiritual oneness of all people, and to connect with the source of music, life and positive energy through sound. This project is a celebration of the intrinsic spiritual nature and oneness of mankind; and our soul’s quest for peace of mind and happiness. Everybody is searching for understanding of and connection with the higher power behind the physical creation. Every waking hour, we seek Love, joy, freedom, and a productive and successful life during our time here. Sometimes with success and other times with great toil and disappointment. But through our most difficult moments in the life experience, we must try to hang on to our faith knowing that we will emerge on the other side stronger and with a deeper understanding of who and what we really are. Each song represents a phase of the human/spiritual experience on this earth. 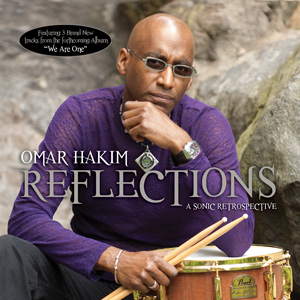 It’s not often that I “look back” on my work and take stock of where I am as an artist at that moment. But I do realize that sometimes it’s an important part of moving forward.  The idea being that in order to successfully and completely move forward in life you should not only focus on where you want to go, but maybe a person might also on occasion consider a close examination and assessment of the path one has tread and experienced up to that present moment. It’s possible that the data gathered from such a moment of introspection would inspire a newfound purpose and focus for the task ahead. This compilation is the representation of me taking some time to reflect and assess my own creative past, and consider the possibilities for my future as a musical artist. With this compilation I decided to focus primarily on my instrumental recordings. This collection not only features my drumming, but also presents a sampling of my work as a writer of contemporary Jazz-Funk-Melodic and Rock influenced instrumental compositions. However, it’s not just a retrospective reflection of the past, as I’ve also included three new previously unreleased songs.

The Trio of OZ 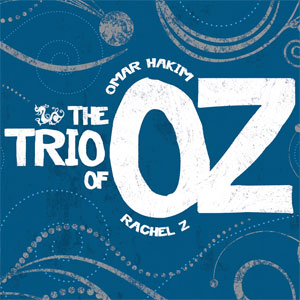 Hakim and Grammy winning pianist, Rachel Z (Wayne Shorter, Stanley Clarke, Peter Gabriel) came together in 2010 to form “The Trio of OZ”, fusing rock, jazz, and jam into a must-hear musical statement. Touring extensively around the globe, the Trio added bassist Solomon Dorsey (Stevie Wonder, Bobby Watson), a recent grad of the New School for Jazz and Contemporary Music, who brings a fresh, explosive vibe to the Trio. Their self-titled debut takes the audience on a journey of groundbreaking arrangements of music from such bands as the Killers, Depeche Mode, Death Cab for Cutie and the Police. The Trio of OZ garnered rave reviews, with Jazziz Magazine nominating it for Best Jazz CD of the Year honors. 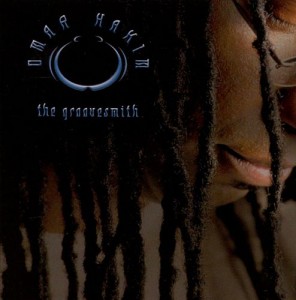 This sophomore project from Mr. Hakim continues down the path of Rhythm Deep in its eclectic mix of Funk/R&B, Pop and Fusion explorations. A mix of vocal and instrumental songs, The Groovesmith pays homage to the artists and music he listened to as a youngster growing up in Jamaica Queens, NY. The radio in the late 60’s and 1970’s provided a very open minded approach to programming, which greatly influenced not only Omar’s drumming but also shaped how he experienced melody and composition. Both of his solo recordings, Rhythm Deep and The Groovesmith, reflect this love for melodic and rhythmic Funk/Pop music and Fusion. Most Notably “In the Arms of Dhyan” is an instrumental masterpiece featuring the late great Kenny Kirkland on a wonderful piano solo. The title track “The Groovesmith” is a funky jam, featuring a hilarious middle section where the character “the Groovesmith” comes to the rescue of a very bad house party, saving the day. Other songs of note: “Treasure” (a duet with vocalist Samora Free), “Convergence” a serious Fusion jam feat. Denzil Miller on keys, “Sita’s Dance,” “The Flow of Love,” and “Its That Time.” Recorded entirely at Omar’s home studio, this project represented independence and total creative control for the artist, and completely changing the way he would work on his personal music going forward.

The first solo album from Omar reveals other sides of his creative and musical vision. Featuring his original songs and compositions; with performances not only on drums and percussion, but also as Lead Vocalist, Guitarist, Keyboard Player and producer. Rhythm Deep explores the many sides of Omar with a Funk, Pop, Jazzy Fusion perspective that is fun and satisfying to listen to. Featuring the hit single “Take My Heart”, title track “Rhythm Deep” and high-energy fusion jam “Constructive Criticism.”