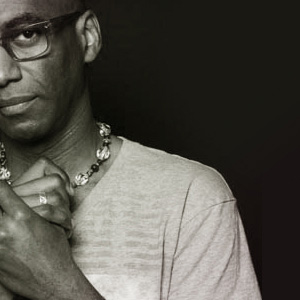 Widely acclaimed for his versatility, technological prowess and groove, Omar Hakim is one of the most successful drummers and session men of the past 40 years. Omar has collaborated with dozens of prominent artists including George Benson, Lionel Richie, Chaka Khan, Anita Baker, Bobby McFerrin, John Scofield, Urban Knights, Bruce Springsteen, Michael Jackson, Celine Dion, Jewel, J-Lo, D’Angelo, Mariah Carey, and Madonna to name a few, and has left his imprint on hundreds of recordings, including several under his own name. 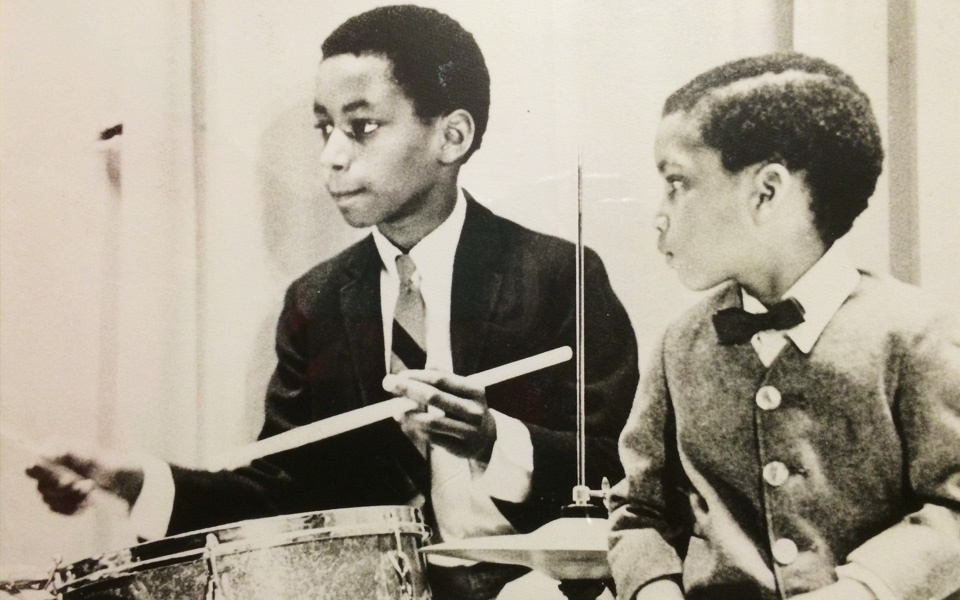 Born in New York City to a musical family, Omar began playing the drums at five years old. By the age of ten he was performing publicly with his father Hasan Hakim, a trombone veteran of the Duke Ellington and Count Basie bands. 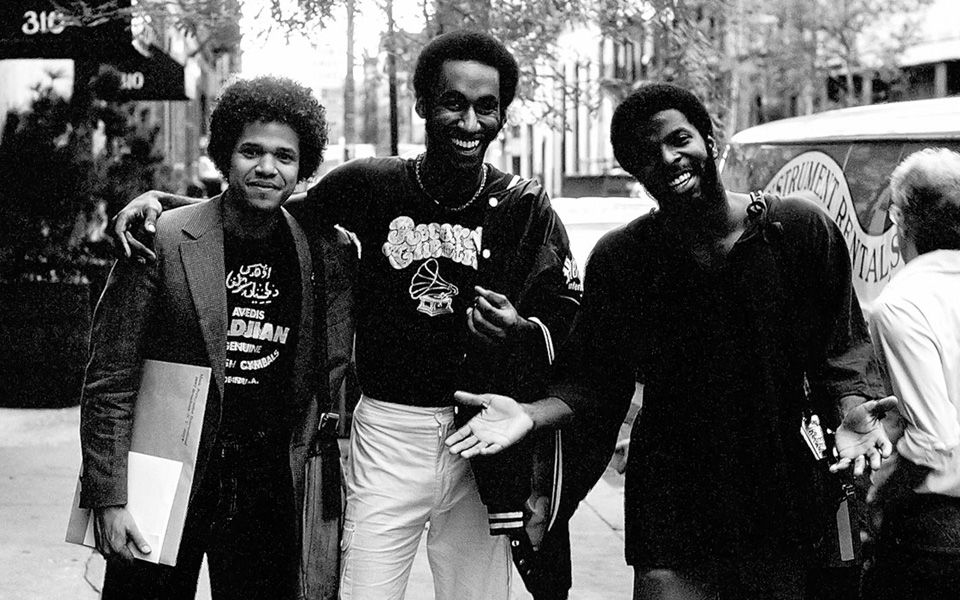 Seeking to broaden his horizons (and implementing Duke Ellington’s theory that “there are only two types of music: good and bad”) Omar successfully branched out into other genres of music, in the process developing a career that bridged styles in a way that no other drummer before him had ever attempted.

He did his very first tour of the U.S. in 1974 (at age 15) with an artist named Jae Mason. The Jae Mason Group featured Denzil Miller on keyboards, Eddie Martinez on guitar and Larry Smith on bass, and opened for Hall and Oates, Sly and the Family Stone and other pop-rock stars from the era.

In 1975, Omar and Eddie Martinez answered a Village Voice classified ad looking for a drummer and guitarist. When he and Eddie arrived at the audition to their surprise and delight the successful singing group “Labelle” (feat. Patti Labelle, Nona Hendrix and Sarah Dash) was holding the auditions. Both were hired on the spot.

It was during these years that he befriended several other gifted musicians that he would collaborate with during the 70’s and beyond, including Nile Rogers, Marcus Miller, Donald Blackman, Victor Bailey, Tom Brown, Hugh Masakela, Bobby Francheschini, Jerry Brooks, Abdul Zuhri, Weldon Irvine, Barry “Sunjohn” Johnson, Bobby Broom, just to name a few. 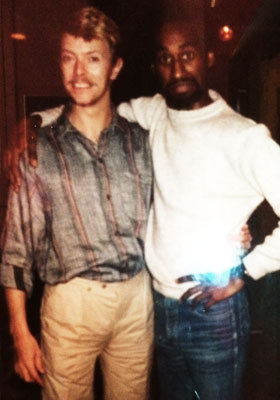 Just 21 years old in 1980, young Omar’s star was on the rise, with his reputation growing quickly in New York City circles and beyond. His high school buddy and dear friend Marcus Miller introduced him to vibraphone master and producer Mike Manieri, who had just finished producing the “Tochika” album for Japanese virtuoso guitarist Kazumi Watanabe.  The two drummers featured on the album (Peter Erskine and Steve Jordan) were not available for a Japanese tour in the spring of 1980, but thanks to Marcus, Manieri took a chance and hired Omar. After seeing his versatility, Manieri (who was also producing Carly Simon) hired Omar to play in her touring band in 1980. He went on to record and tour with Gil Evans’ Big Band, David Sanborn and many others. Soon after he joined the groundbreaking fusion band “Weather Report,” a job he would keep permanently until the band’s breakup in 1985. Besides the three albums he recorded with Weather Report, Omar was also tapped by old friend (and producer extraordinaire) Nile Rogers to play on David Bowie’s epic return to the pop charts, 1983’s “Let’s Dance.”

His early successes led to many more high profile engagements, and by the end of the 1980s Omar had performed on landmark recordings with artists such as Miles Davis (Tutu, Music from Siesta), Dire Straits (Brother in Arms, Money for Nothing) and Sting (Dream of the Blue Turtles, and the popular “rockumentary” movie Bring on the Night). His drum solo in Sting’s movie on the song “I Burn For You” is considered by many fans and critics alike to be one of the greatest drum solos to be documented on film. It was a powerful and virtuosic improvisational “jazz flavored” drum solo in the middle of a rock show that took fans by surprise and excited them to respond with standing ovations every night of the tour.

Building on these successes, in 1989 he found time to produce and release his first solo album, Rhythm Deep, which earned him his first Grammy nomination.

In the early 1990s Omar toured and recorded with Lionel Ritchie and international pop superstar Madonna, working with her for eight years. During this period, Omar was also called in to work on the sessions for Michael Jackson’s “HIStory” album.

Although busy in the pop circuit, Omar never abandoned the jazz world.  He was a founding member of the Jazz Super Band “Urban Knights” along with Ramsey Lewis, Grover Washington Jr. and bassist Victor Bailey, which also featured his songwriting and vocal skills.

Omar was also exploring the latest advances in electronic drums and keeping up with the newest recording and percussion technologies. He was so excited about the Roland Musical Instruments Co. development of the “V-Drums” that he became the first international spokesman and adopter of that technology. His versatility put him in even greater demand, and his eclectic interests kept him busy in the pop, jazz, rock, fusion and R&B worlds. Using V-Drums with Madonna on one hand, while recording and performing on acoustic drums with Hank Jones’ Great Jazz Trio, he further established himself as a major innovator on his instrument. 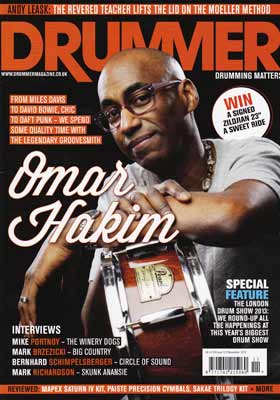 Still going strong into the new Millennium, Omar reconnected with his long-time friend Nile Rodgers for the reunion of the seminal 1970’s Dance-Funk band CHIC, after performing and recording with CHIC internationally from 1997-2007. In 2003, he got a call from one of his favorite artists (and Weather Report collaborator) Bobby McFerrin. Together with Chick Corea, Richard Bona, and Gil Goldstein, this group recorded a wonderful album called “Beyond Words” and toured the European festival circuit in 2004.

Omar was commissioned in 2006 by DTS (Digital Theater Systems) to help create Hi Resolution Audio content for the BluRay/HD DVD rollout at the 2007 CES Show. The resulting project featured Gregoire Maret (Harmonica), Chieli Minucci (Guitar), Jerry Brooks (Bass), and Scott Tibbs (Keyboards), who soon recorded their first song together, titled “Listen Up!” During 2007-2009, the Omar Hakim band (with the addition of Bobby Francheschini on sax) continued production on Omar’s upcoming third solo record, titled “We Are One.” 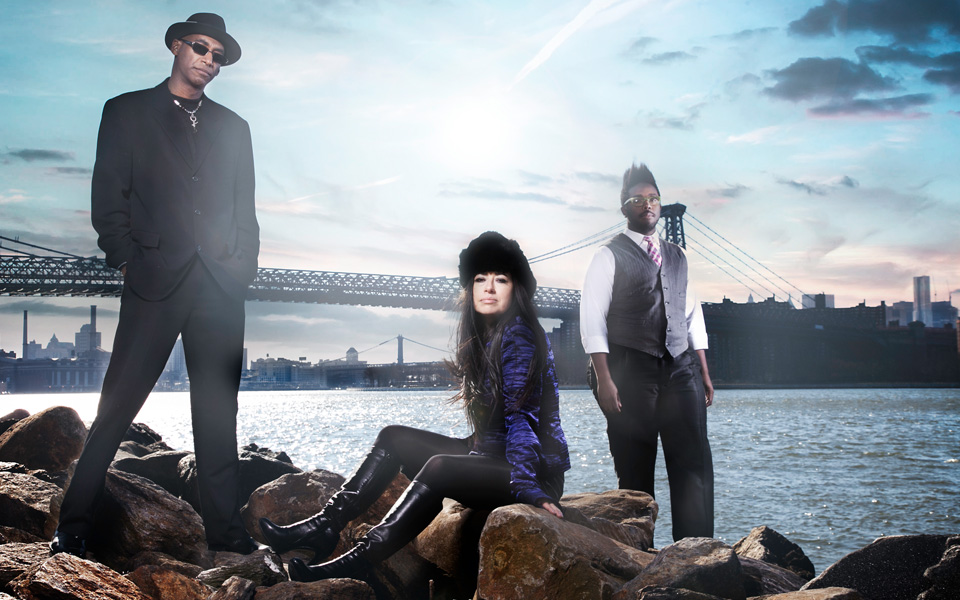 A reconnection with another old friend in 2009, talented Pianist/Composer/Keyboard Artist Rachel Z, led to the birth of a very special collaboration called “The Trio of OZ.” Their first album is a critically-acclaimed collection of re-imagined alternative rock and pop songs with an improvisational twist. The Trio has been super busy for the past three years, touring the world and delighting audiences wherever they go. 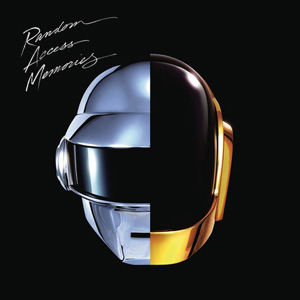 In 2012, Omar received an interesting call from the band Daft Punk to participate on their Grammy-nominated album “Random Access Memories.” Omar’s infectious groove can be heard on their smash single “Get Lucky” and several other tracks on the album. Currently Omar is in the studio, putting the final touches on his long awaited third album “We Are One,” coming Spring 2014.